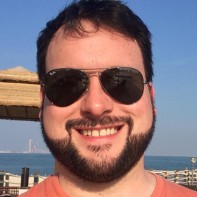 I've always loved the thrill of powering down the runway in an aeroplane, that force pushing you back into the seat as the craft accelerates to take-off speed is exhilarating. And while others were daunted by airports I've always found them exciting. As a child I was invited into the cockpit of a Boeing 747 mid-flight and was awestruck. I've played flight simulation games, been a member of a Virtual Airline, been aboard Concorde (admittedly only on the ground in a museum, but that still counts right?), parachuted out of an aeroplane and in June 2015 I started learning to fly light aircraft with The Bristol and Wessex Aeroplane Club.